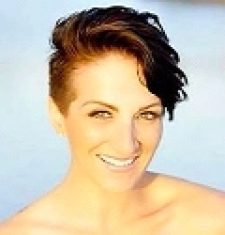 Mylee Cárdenas is an Army veteran who spent twelve years serving the United States in two conflicts during the Global War on Terror. Always pushing the envelope, Mylee pioneered new ground in the military as a woman, traversing heavily entrenched barriers in the U.S. Special Operations community, ultimately serving with small Special Forces teams in rural Afghanistan. Combat has a tendency to ignore gender. Realizing and adapting to this fact this early on, Mylee was able to positively contribute to daily combat operations shoulder-to-shoulder with her male teammates.

Upon returning home from the battlefield, Mylee was diagnosed with advanced stage breast cancer. After another hard fought battle, and with her daughter at her side, she emerged cancer free and ready for life’s next challenge. Now medically retired from the military, Mylee continues to press the boundaries of generally male dominated professions. Returning to some of the most dangerous places on earth, this time as a civilian, she has pushed deep into war-torn Kurdistan to tell the stories of female Kurdish fighters in northern Iraq.

Mylee’s camera has captured the realities of conflict and political instability for major media outlets like the History Channel, the Military Channel and Fox News. She takes pride in her ability to communicate both behind and in front of the camera as a public speaker, model, veteran’s advocate, and actor.