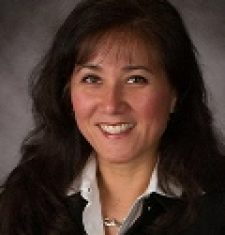 Anne Hughes brings over 20 years of professional sales and healthcare experience to the Operations team of the Allied Forces Foundation.

While Anne has not served in the armed forces, she was a US Army dependent who had the unique experience of being born in a British military hospital while her father served with the Royal Scots Greys in Fallingbostel, Germany.  Other tours of duty included Kansas and a second trip to Germany. However, Anne considers herself a Washingtonian having spent most of her life in the Washington DC area, where she attended graduate school at Marymount University, earning a Master in Business Administration in 1993, following a Bachelor of Science from Virginia Polytechnic Institute.

It was after completing the 25th anniversary Marine Corps Marathon in 2000 that Anne became hooked on running and road races. Not until losing her husband to a brain tumor did she renew her love for running, combining it with raising awareness and funds for the non-profit organization, Race For Hope – Washington DC. She knows the therapeutic benefits of running and, when combined with a cause, how immensely rewarding it can be to all involved. These days, you can find Anne maintaining her goal of running six half marathons a year and she frequently runs with her family.