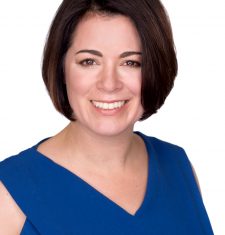 Colonel Nicole Malachowski (USAF, Ret.) has over 21 years of experience as an officer, leader, and fighter pilot in the United States Air Force. She is a survivor of neurological Tick Borne Illness, a medical ordeal which prematurely ended her military career. Nicole serves as a certified Ambassador and Mentor with the Air Force Wounded Warrior Program. Upon her commission into the military, she was competitively selected to fly combat aircraft and embarked on an adventure among the first group of women to fly fighters. Nicole served as a mission ready fighter pilot in three operational F-15E squadrons and accumulated over 2,300 flight hours, including 188 hours in combat. She has had the honor of commanding a fighter squadron, flying as a USAF Thunderbird pilot (the first woman to do so), serving as a White House Fellow and as an advisor to the First Lady of the United States. Nicole has forged a successful path through immense cultural changes in the military as well as significant adversity in her personal life. She’s been happily married to her husband Paul, an Air Force veteran, for nearly 16 years. When not hurriedly chasing their seven-year-old twins around, she finds immense meaning in practicing Tai Chi and advocating for those impacted by Tick Borne Illnesses.